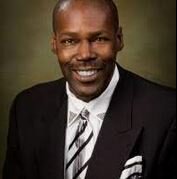 Please share a memory of Perry to include in a keepsake book for family and friends.
View Tribute Book

Perry was born to the late Lilian Ray and Bobbie Jean Stanley on February 6, 1956, in Buffalo, New York.

He graduated from Grover Cleveland High School in 1974 then acquired his Associates in Applied Science from Jamestown Community College in 1977. Perry was a go getter and was always ready to further his education so in 1980, he received his Bachelor of Science degree from the University of Detroit and became an Alumni Associate. With his many degrees and love for math he became a financial advisor for Lincoln Investments and Paladin Advisory Group; he was a certified mortgage investor and received his Series 7 Commemorative Securities Certificate.

Perry loved his old school music, especially the Temptations. He loved collecting coins and solving difficult math problems. Most of all, he loved his family.

He is survived by his siblings: Glenn Stanley, Lillian R.Stanley, Linda Kpaka, Akintunde Ashanti and Cindy Moore; nieces and nephews: Alpha, Anansa, Ares, Jessica, Mia, Niles, Tejan,Lehi and the late Jason, as well as many other family and friends.

A private memorial service will be held at a later time.

To send flowers to the family or plant a tree in memory of Perry Stanley, please visit Tribute Store
Online Memory & Photo Sharing Event
Online Event
About this Event

Look inside to read what others have shared
Family and friends are coming together online to create a special keepsake. Every memory left on the online obituary will be automatically included in this book.
View Tribute Book
Services for Perry Stanley
There are no events scheduled. You can still show your support by sending flowers directly to the family, or planting a memorial tree in memory of Perry Stanley.
Visit the Tribute Store

Share Your Memory of
Perry
Upload Your Memory View All Memories
Be the first to upload a memory!
Share A Memory
Send Flowers