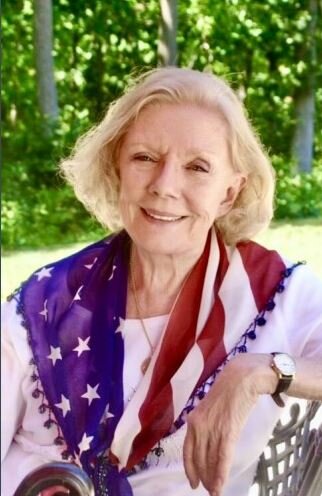 Please share a memory of Jo to include in a keepsake book for family and friends.
View Tribute Book

She was born in Baltimore, Maryland on May 17, 1936 and married Frances X. Aiello in 1952, with whom she had five (5) children. Jo Anne had a lifelong love for Italian culture and maritime pursuits. She helped to promote and organize various Italian festivals at Rash Field and during our nation's Bicentennial she helped to organize the tall ships coming into Baltimore Harbor and Fells Point. In 1983 she became Baltimore City's first female Dockmaster, a position she held for 15 years.

Jo Anne married W. Scott Ditch, III in 1989 and during their marriage they traveled across Europe and shared their love of entertaining at their home in Royal Oak, Maryland, until his death in 2009.

In 2011, Jo Anne moved to Sykesville, Maryland to be closer to her family in Carroll County.

In lieu of flowers, memorial donations may be made to Associated Italian American Charities at mdaiac.com

To send flowers to the family or plant a tree in memory of Jo Ditch, please visit Tribute Store
Thursday
31
March

Share Your Memory of
Jo
Upload Your Memory View All Memories
Be the first to upload a memory!
Share A Memory
Send Flowers