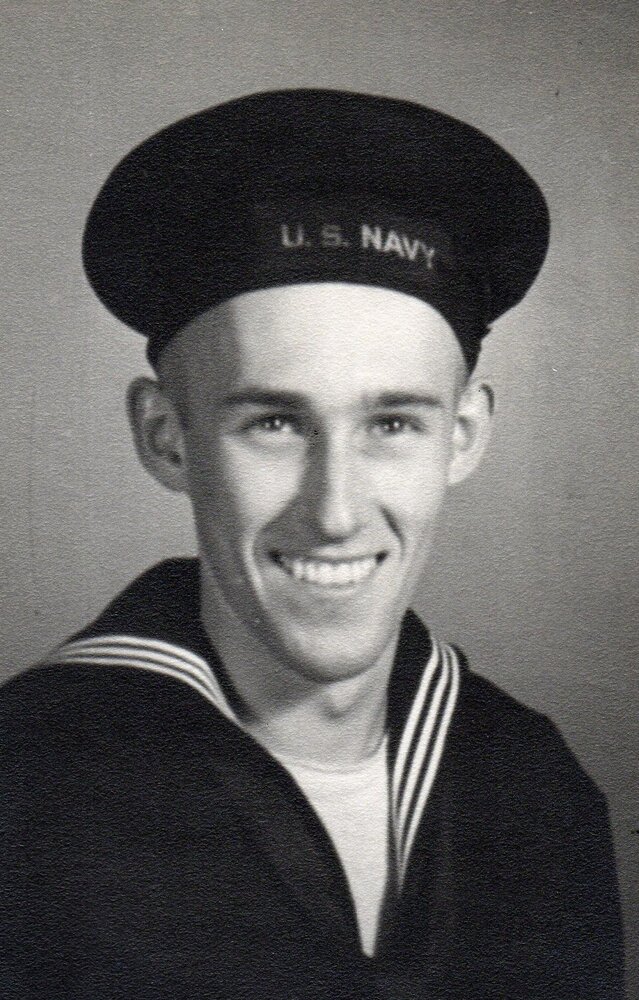 Please share a memory of William to include in a keepsake book for family and friends.
View Tribute Book

William Edward Armstrong Sr., 95 of Catonsville, Maryland, passed away peacefully on Friday
March 11, 2022 at Charlestown Senior Living Community.
Bill was born in Baltimore, MD, the son of Louisa (nee’ Munnings) and Charles Henry
Armstrong on July 20, 1926. After graduating from Catonsville High School, he worked for
Maryland Shipbuilding before enlisting in the United States Navy. He attained the rank of
Quarter Master 3 rd class. After his discharge, he pursued his passion in accounting, receiving a
degree from the University of Maryland, College Park and later a master’s degree from GWU in
Business Finance. He started with Haskins &amp; Sells, moved to Westinghouse X-ray on Wilkens
Avenue and then onto Esterline Corporation.
He along with his wife, and 5 other couples from Catonsville enjoyed monthly bridge nights.
He liked attending Baltimore Colts home games, rooting for the Orioles and playing golf with
friends. After his retirement, he was active in assisting the finance committee for Catonsville
United Methodist Church and was an elected representative on the Charlestown Resident
Council.
He is preceded in death by his wife, Mary Lulu (nee’ Daum), and his daughter, Nancy L.
Crochet.
He is survived by his son, William E. “Bill” Armstrong Jr, (Linda) of Catonsville, MD and
daughter, Mary K. “Kate” Pagett (Doug) of St Louis, MO. Beloved grandfather of: Edward
Crochet (Justine), Michael Crochet (Stephanie), Meredith Pratt (A. Park), Mary Beth Cox
(Eddie), Eric Pagett, Bryce Armstrong and Great grandfather of 8. He is also survived by his
sister, Joan Spicer (Gordon) of Abingdon. MD and many nieces and nephews. Bill will be
missed but remembered by his family and friends.
Services and Interment are private. Memorial donations may be made to Catonsville United
Methodist Church, 6 Melvin Avenue, Catonsville, MD 21228

To send flowers to the family or plant a tree in memory of William Armstrong Sr., please visit Tribute Store
Online Memory & Photo Sharing Event
Online Event
About this Event

Look inside to read what others have shared
Family and friends are coming together online to create a special keepsake. Every memory left on the online obituary will be automatically included in this book.
View Tribute Book
Services for William Armstrong Sr.
There are no events scheduled. You can still show your support by sending flowers directly to the family, or planting a memorial tree in memory of William Armstrong Sr..
Visit the Tribute Store

Share Your Memory of
William
Upload Your Memory View All Memories
Be the first to upload a memory!
Share A Memory
Send Flowers