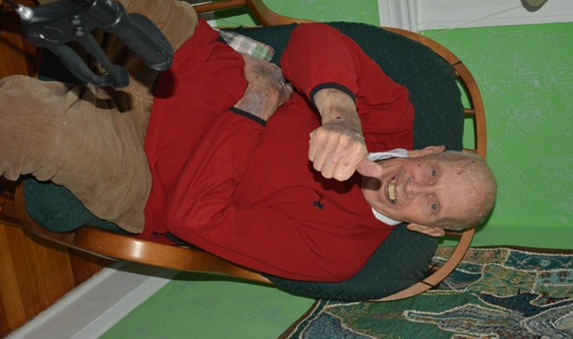 Please share a memory of William "Burch" to include in a keepsake book for family and friends.
View Tribute Book

On Monday, January 17, 2022, William “Burch” Harmon, 89, passed away at home. He will be dearly missed by his family: his wife of 55 years, Kathleen McGlone Harmon; his children Siobhan Harmon O’Boyle and her husband John, Liam Harmon and his wife Beth, Mary Burch Harmon and Brennan Harmon; his grandchildren Julia, Rory and Finlay Harmon and Lukas O’Boyle as well as many nieces and nephews, cousins and friends.

A Catholic Mass will be held for Burch’s immediate family. A celebration of his life is planned for later this year. In lieu of flowers, donations in his memory may be made to the Medical Mission Sisters. Here is the link to their site: www.medicalmissionsisters.org

Burch was born on November 28, 1932, to John and Loretta Burch Harmon. The youngest of 4 children, he and his siblings John, Isabelle and Ann grew up on Park Drive in Catonsville. Stories from Burch’s childhood were always about summers on Granny’s farm in Southern Maryland, Eagle Scout adventures, serving Mass in Latin with his brother at St. Mark’s and helping with the family flower shop, to name a few themes.

After grade school at his home parish of St. Mark, Burch rode the number 8 streetcar across town to attend Loyola High School (class of 1950) and Loyola College (class of 1954). In his senior comment in his high school yearbook, Burch (or “W” as he was known there) said he “aimed to sell black orchids” to Loyola’s archrivals, a reminder of his job driving the delivery truck for Harmon Flowers and of his dry sense of humor.

Burch served in the Army in Hawaii during the Korean War and then returned to Baltimore to attend law school at the University of Baltimore. He started his law career clerking for Social Security and eventually became an Administrative Law Judge. He worked for Social Security for over 50 years.

Through the Catholic Alumni Club (or Catch a Catholic as the group was affectionately known) Burch met Kathleen McGlone. They married in 1966 and moved into a house on Dutton Avenue, where their four children, Siobhan, Liam, Mary Burch and Brennan, grew up. The doors at Dutton Avenue were always open--for neighbors to stop by, for family parties, for guests to join the gatherings. Burch was the consummate host, making sure everyone had a beer or a snack, pulling up another chair, telling stories.

The years when his children were growing up found Burch cheering at swim meets, practicing his wicked left-hand slice on the tennis court, volunteering for church, watching vigilantly over everyone playing in the ocean waves, paddling a canoe with a scout trip or at the river house. He spent many weekend afternoons working in the yard chopping down countless trees. He was always moving the woodpile around, though whether this was to prepare for winter nights by the fire or to avoid getting assigned household chores is a matter of debate.

As years went by, there were trips to go on, weddings to celebrate, grandchildren to tease. Burch and Kathleen had some time for adventures of their own. Always at the center of his life were his family and his faith.  When health challenges made it harder for him to get around, people came to him and joined him for a summer evening on the deck or a chat in the sunroom. He brought friends and family together. Everyone that knew Burch had a story to tell about him. As those stories continue to be told, his steadfast faith, his good heart, his sly sense of humor and his commitment to his family live on.

To send flowers to the family or plant a tree in memory of William "Burch" Harmon, please visit Tribute Store
Online Memory & Photo Sharing Event
Online Event
About this Event

Look inside to read what others have shared
Family and friends are coming together online to create a special keepsake. Every memory left on the online obituary will be automatically included in this book.
View Tribute Book
Services for William "Burch" Harmon
There are no events scheduled. You can still show your support by sending flowers directly to the family, or planting a memorial tree in memory of William "Burch" Harmon.
Visit the Tribute Store

Share Your Memory of
William "Burch"
Upload Your Memory View All Memories
Be the first to upload a memory!
Share A Memory
Send Flowers