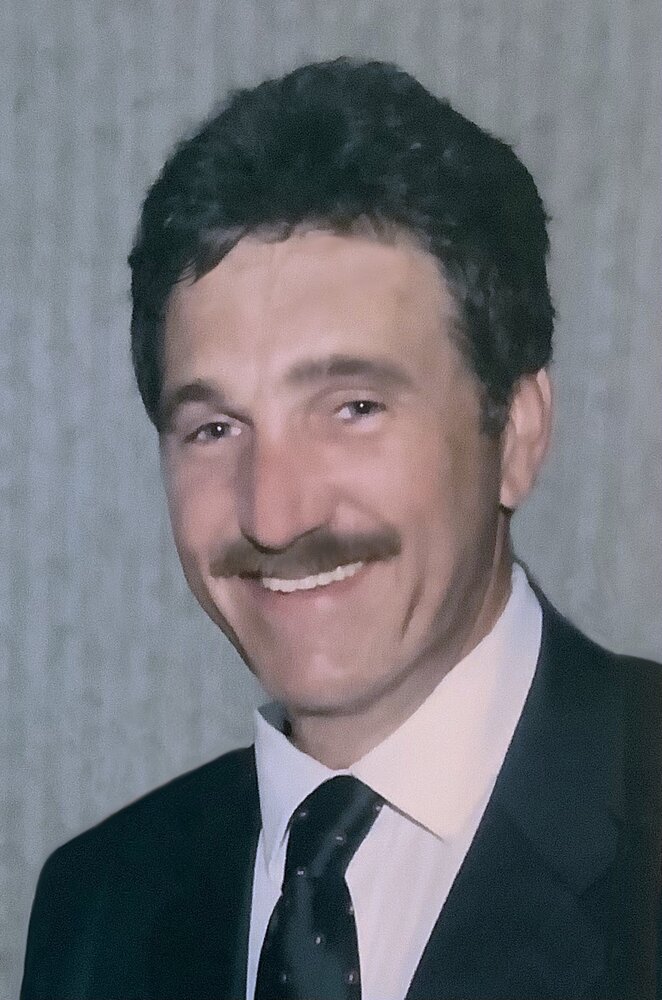 Please share a memory of Brian to include in a keepsake book for family and friends.
View Tribute Book

Brian was born on February 12, 1953 in Chicago, Illinois, the son of Harry and Ann Howard. He was always proud of being born and raised on the south side of Chicago. He loved to reminisce about his childhood there and his stories would always reveal a little bit of his "wild side" when he was younger. In his youth, he excelled at being a champion heavy-weight boxer with serveral knockout wins at the Chicago YMCA. Following graduation, Brian entered the U.S. Navy and was a Vietnam-Era veteran. After Brian was honorably discharged from the Navy, he started his career in communications at the Federal Communications Commission. He then served as District Communications Manager for the U.S. Army Corps of Engineers, Naval Communications Specialist and Engineer at Motorola Inc., and eventually as Senior Vice President of Lord & Company Inc., RF Communications Division, where he designed wireless communication systems for the U.S. Navy, Carnival Cruise lines, National Zoo, the Smithsonian, and the Supreme Court.

Although he had a distinguished career, Brian's first priority was always his family. His family was his life, there was not anything too great or too small that he would not do for them. Brian met the love of his life, Maureen, on Thanksgiving Day 1972 while he was stationed in Maryland, it was love at first sight. They married only three and a half months later on St. Patrick's Day. This March they would've celebrated their 49th wedding anniversary. He was beyond devoted to Maureen, everything he did, he did with her in mind, he simply adored her. They were made for each other, and their love sustained them through the trials of life.

One of Brian's biggest accomplishments was being a father. He had always wanted children and considered himself lucky enough to have two. His children, Bonnie and Gregory, called their dad a superhero, and even as adults, still see him that way. He was always there for them through ups and downs, and taught them numerous life lessons. For Bonnie: He would tell her, always remember that no one will love you as much as your dear ol' Dad, trust your instincts, don't overthink everything, don't ever give up! For Greg: He would tell him, take care of, protect, and be the provider for your family, and always give them unconditional love, work hard, be prepared, and lastly, listen to your Mother! He was an amazing father and so proud of his children.

Brian was also a man of many talents, there was nothing that he could not fix, build, or take apart and put back together again. He was always there to help a neighbor or friend. He was a hardworking, strong, faithful, loving, and a very wise man. He lived by his principles and had a profound loyalty and sense of honor. He always fought for what was right and he was a man of integrity to all who knew him.

In his retirement, he enjoyed being with his family the most, whether cooking his legendary barbequed chicken on the grill for them, sipping his morning coffee with his wife, helping his son and daughter however he could, or just reading a book to his granddaughter Noelle as she sat curled on his lap. He gave us so many beautiful memories that we will forever treasure. He was a devoted husband and father, he will forever be our hero. He will never be forgotten.

Donations in Brian's name may be made to the Woundedwarriorproject.org

God saw you getting tired,

A cure was not to be.

So he wrapped his arms around you,

And whispered, "Come with me".

With tearful eyes we watched you,

And saw you fade away.

Although we loved you deeply,

We could not make you stay.

And when I saw you sleeping,

So peaceful and free from pain.

I could not wish you back,

To suffer that again.

Your strong hands at rest.

God took you home to prove to us,

He only takes the best.

To send flowers to the family or plant a tree in memory of Brian Howard, please visit Tribute Store
Online Memory & Photo Sharing Event
Online Event
About this Event

Look inside to read what others have shared
Family and friends are coming together online to create a special keepsake. Every memory left on the online obituary will be automatically included in this book.
View Tribute Book
Services for Brian Howard
There are no events scheduled. You can still show your support by sending flowers directly to the family, or planting a memorial tree in memory of Brian Howard.
Visit the Tribute Store

Share Your Memory of
Brian
Upload Your Memory View All Memories
Be the first to upload a memory!
Share A Memory
Send Flowers