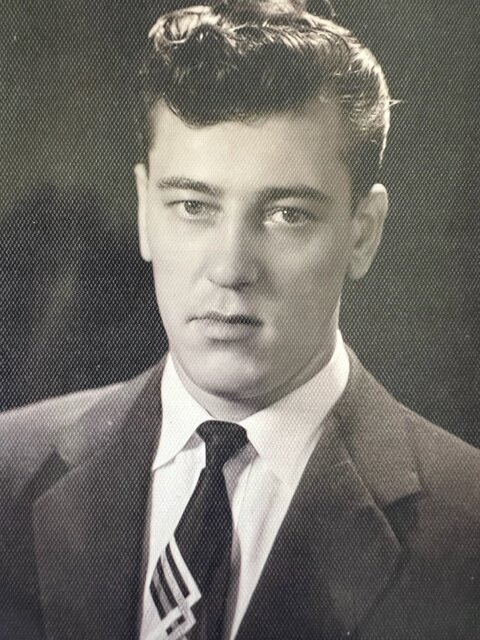 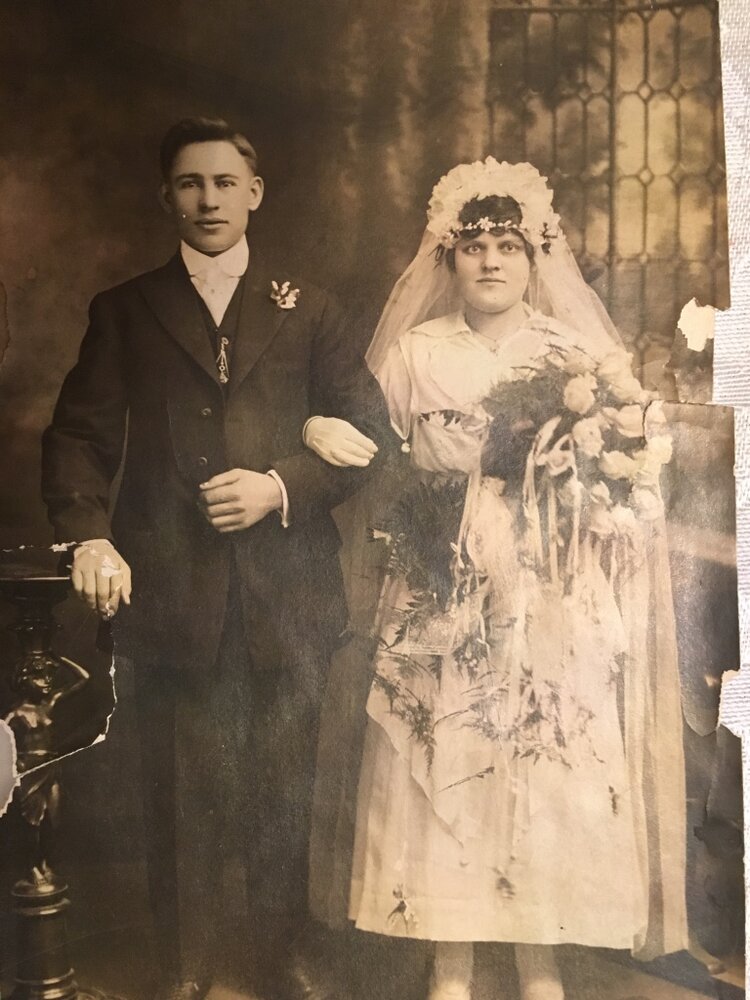 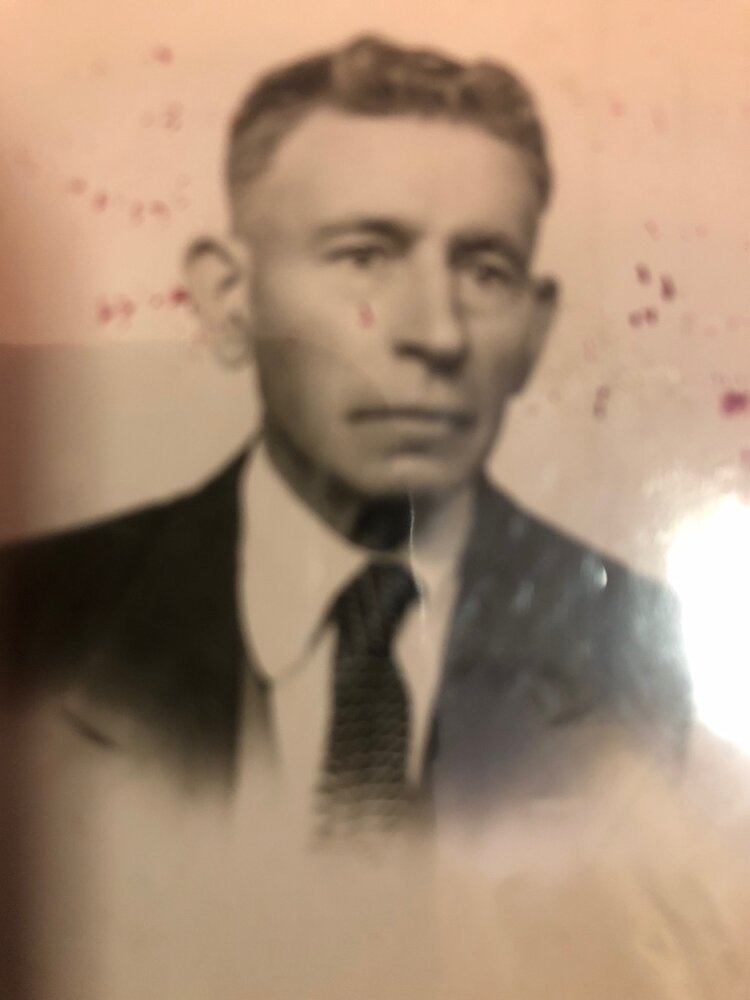 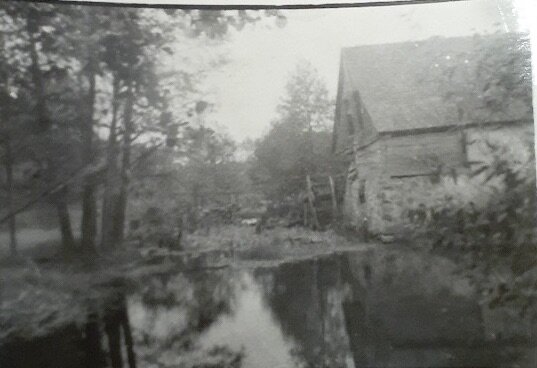 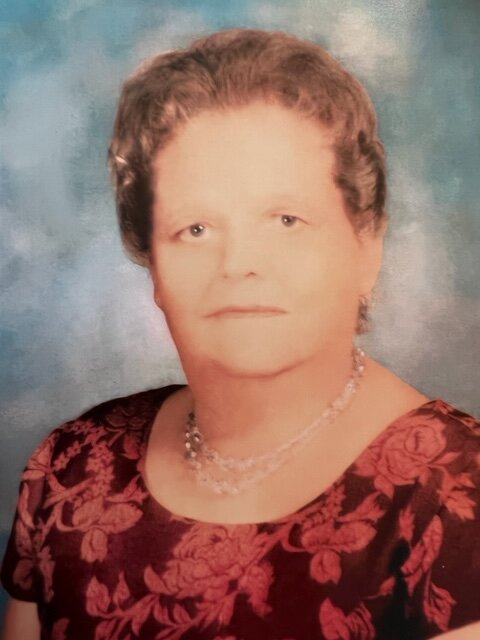 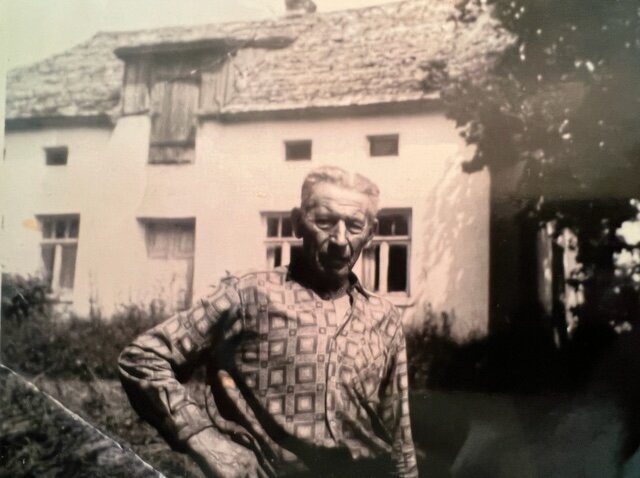 Although both were born in Lithuania, Andrew and Anna met in Baltimore. Anna was a seamstress/buttonhole maker and first entered through New York. They had two children in Baltimore, John and Anna, and then took both children back to Lithuania. They had three more children in Dusnica, Veto, Emily, and Alphonse who died at the age of 2.

Veto survived whooping cough as a youngster and COVID as an adult.

Andrew and Anna ran a flour mill in 1918 in Dusnica, and then the war between Poland and Lithuania broke out in the spring of 1919. They ended up being 500 meters (1/2 mile) on the Polish side after all was said and done. In 1936 Anna went back to the U.S.

When the war ended, Veto was with his father in the mill. The Germans wouldn’t allow the mill to operate because they wanted to control the food supply. So the mill collapsed. They considered Andrus Polish and drafted Veto into the Polish army after the war 1946-1947. Veto started running. He took 4 months to cross the border into Czechoslovakia. He underestimated the distance and went too far east when he should have gone more west. When the German soldiers left, they dropped leaflets for their soldiers with directions on how to get home, and he used the directions to get to a Displaced Persons Camp.

Veto was fluent in Lithuanian, Polish, English, and is conversant in Russian, German, Spanish, and Latin.

In 1949 he applied for and became a U.S. Citizen. First he worked at Hutzler’s assembling children’s bikes, then at a Chevrolet plant for + 10 years, then at Millwood, a German company, as a machinist. From 1949 to 1952 his mother owned and ran a bar on Pratt and Fremont (now Martin Luther King) in Baltimore. It was first called Pratt Cafe, then Vito’s Bar, and then Harbor Way Inn. In 1952 Veto took over ownership and management of the bar until he retired.

Veto was a devout Catholic and regularly attended mass at St. Alphonsus Church in Baltimore. He was married to Alma Marie Entzian 1958-1972 and had two daughters from the marriage, Karen Eva Makauskas, now Karen Lackler Spano, and Sandra Lenore Makauskas. He and Ruby Davis also had a daughter, Anna Maria Makauskas.

Veto was also a gifted musician, and could be found playing the accordion, organ, or the mandolin for hours. He enjoyed woodworking and fixing things. He was especially proud of his garden, which he attributed to his good health. He was a firm believer in the phrase, “Don’t eat animal fat.”

In addition to his children, Karen, Sandra, and Anna, Vytautas is survived by his grandchildren, Kathleen Nicole Lackler and Stacie Alexandra Lackler. The family is grateful to his dear caregivers at Ellicott City Healthcare who made his years there a happy and enjoyable experience.

In lieu of flowers donations may be made and mailed to

Visit https://www.dementiasociety.org/contact in order to print/ download the information form.

To send flowers to the family or plant a tree in memory of Vytautas Makauskas, please visit Tribute Store
Tuesday
28
December

Share Your Memory of
Vytautas
Upload Your Memory View All Memories
Be the first to upload a memory!
Share A Memory
Send Flowers