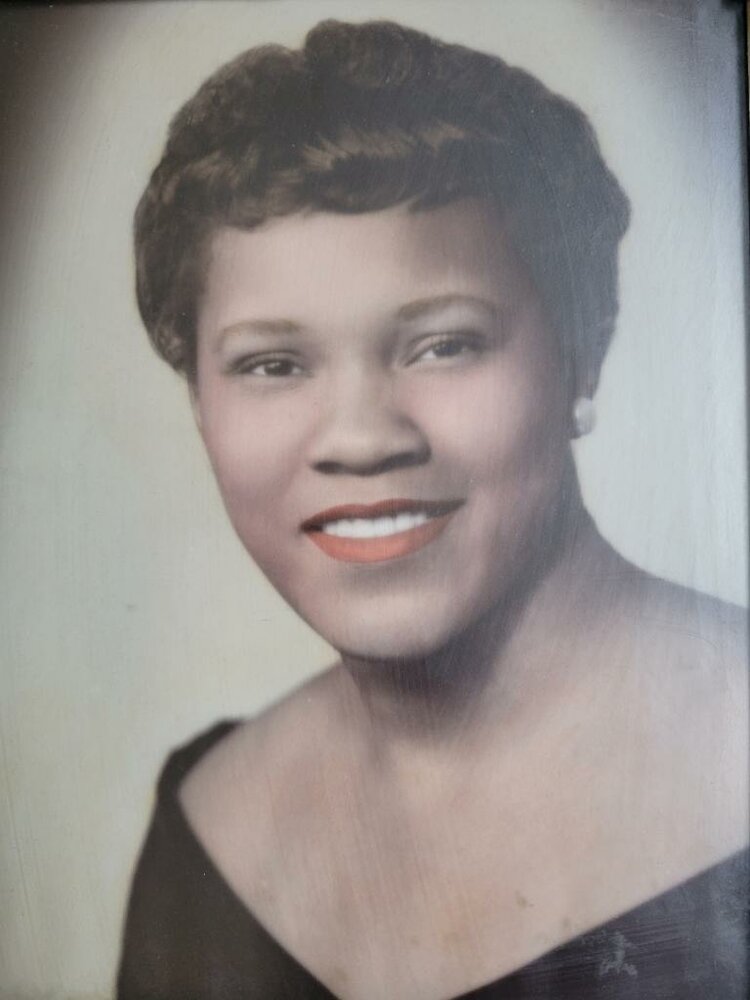 Please share a memory of Gertrude to include in a keepsake book for family and friends.
View Tribute Book
Dr. Gertrude Johnson Brooks was born in Baltimore, Maryland on February 12, 1935 to the late Clarence and Florence Johnson. She later moved to Charlotte Court House, VA with her family where she received her elementary education. To her family she was affectionately known as “Gertie” or “Aunt Gertie”. She received her high school education in Maryland. Gertrude was an Educator and Principal with Baltimore City Schools. She received several degrees from Morgan State University, John Hopkins University, and obtained her Doctorate from the University of Maryland. She received her early religious training with the Fulton Baptist Church, Baltimore, Maryland, always putting Christ first in her life. Gertrude was married to the late Elmer Brooks. She was a great cook and a wonderful seamstress, making beautiful clothes, dolls and quilts. She enjoyed getting together with family to eat crabs and host family at her house. Her favorite show was the “Good Wife”. Gertrude was a wonderful and beautiful person and we will truly miss her. She departed this life on Saturday, August 21, 2021 surrounded by her loving family at Sunrise Senior Living, Pikesville, MD. Gertrude leaves to cherish her memory: her son, Michael Brooks, Sr.; her sister, Rosalee Scott; her brother, Charles Johnson (Norma); her daughter-in-law Regina Brooks. Two grandchildren Angela Monroe (Rashaan) and Michael Brooks, Jr. (Chelsea), four great grandchildren Kaden Murray-dye, Austin Monroe, Bryce and Brooklyn Brooks, several aunts, nieces, nephews, cousins and friends, all who admired her. She was proceeded in death by her siblings Elaine Hubbard, Ethel Leola Boyd, Emma Johnson Dunaway, Laura Claiborne, brothers Clarence Johnson and Purnell Johnson.
To send flowers to the family or plant a tree in memory of Gertrude Brooks, please visit Tribute Store
Friday
27
August

Share Your Memory of
Gertrude
Upload Your Memory View All Memories
Be the first to upload a memory!
Share A Memory
Send Flowers