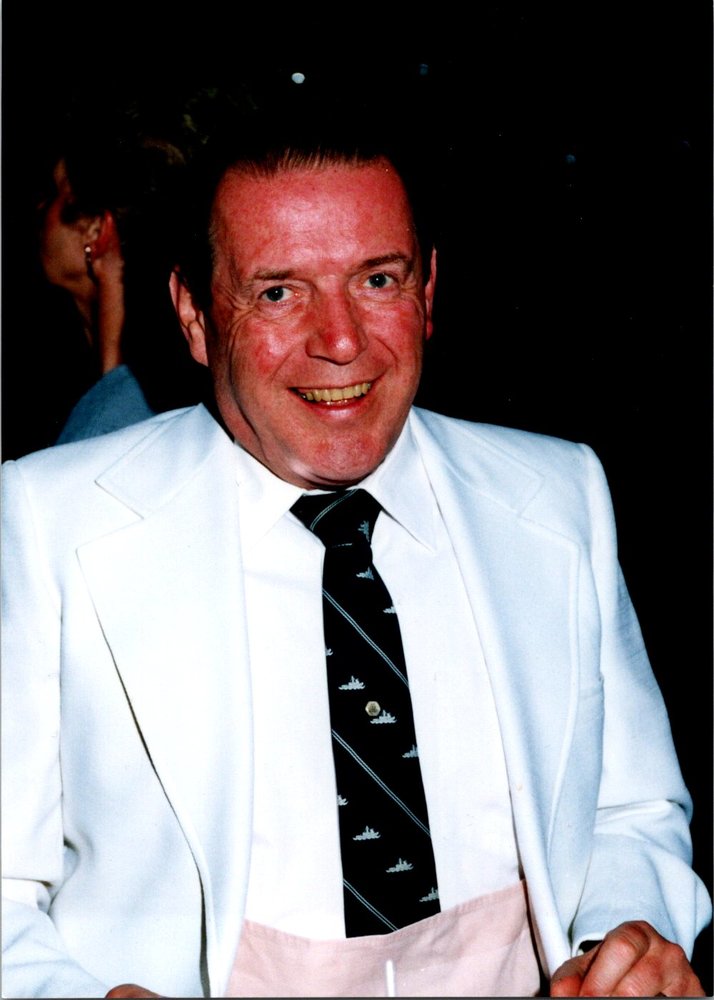 Please share a memory of Charles to include in a keepsake book for family and friends.
View Tribute Book
Mickey is survived by his wife Joan and her children; they were married for nearly 47 years (since September 7, 1974). He is survived by Carol (William) Allen, Robert (Evelyn) Pfeiffer, Kathleen Valderas, Bonita Pfeiffer (Doug), Diane (Charlie) Von Stetten, Nancy Pfeiffer, and Joseph Pfeiffer. The other children include Daniel Pfeiffer (deceased) and infant son Michael Pfeiffer (earlier deceased). Mickey had no children from a former marriage but became a beloved step-father and later, grandfather (G-Pop) to 16 grand children and great grandfather (GG-Pop) to 16 great grandchildren. Mickey is also survived by his cousin Martin Bauer, wife Kathy, son Marty (and his daughter Grace Emma) and daughter Katie (and her son Hammond, as well as his cousin Tim Bauer, wife Sue, daughter Holly (and her daughter Lilly) and daughter Kristen (and her daughter Maddie) and their son “TJ.” Born “Charles,” as a young child, he wore his Mickey Mouse watch so often that the kids started calling him “Mickey.” Except for his immediate family, he was known as Mickey for the rest of his life. Mickey attended St. Martin’s grade school and Calvert Hall High School. He served in the U.S. Army for two years. Early on he had odd jobs, but for the rest of his career, he worked at Baltimore Gas & Electric (BG&E), first as a tree trimmer, then meter reader, and finally in a credit approval position at the downtown office. In 1992, he took early retirement, and later worked part-time at the Westview Bowling Lanes. Mickey’s love of duckpins started early - in high school he was on the competing bowling team - and continued many years, including Baltimore Pro League competition and Interleague play, plus many tournaments. Together, Mickey and Joan won the Recreation Bowling Lanes Mixed Doubles Tourney, way back when. Their love for the game led them - with third equal partner Bill Prunkl - to take ownership of the Southway Bowling Lanes for four and a half years, while still working full-time. The wonderful Alva Brown ran the lanes during the day and Mickey, Joan and Bill covered nights and weekends. Upon Bill’s retirement, they sold the Lanes. Mickey had a passion for sports. He played softball and later coached teams in league competition. He was big time fan of the Ravens and the Orioles. In lieu of flowers, donations to the Maryland Chapter of the American Parkinson Disease Association are suggested. Funeral services will be held at the locally-owned Loudon Park Funeral Home, 3620 Wilkens Ave. Baltimore,MD 21229 on Saturday July 31, 2021; the viewing will be held from 11-12PM and the funeral will begin at 12PM.
To send flowers to the family or plant a tree in memory of Charles Corcoran, please visit Tribute Store
Saturday
31
July

Look inside to read what others have shared
Family and friends are coming together online to create a special keepsake. Every memory left on the online obituary will be automatically included in this book.
View Tribute Book
Share A Memory
Send Flowers