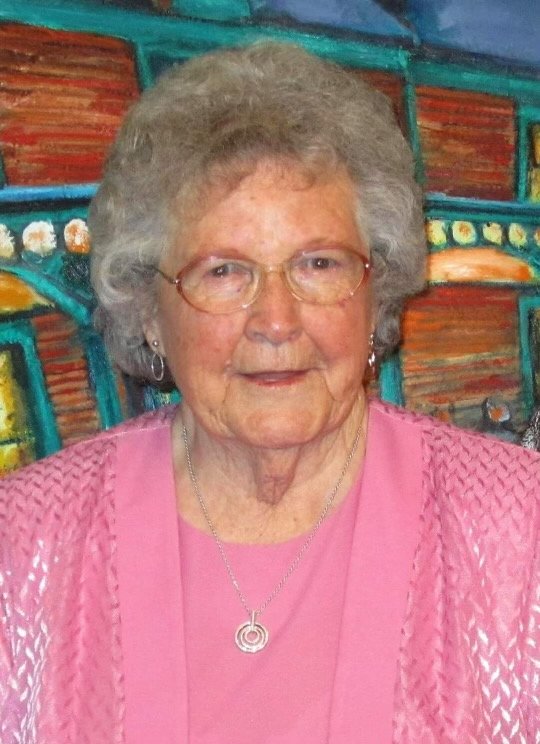 Please share a memory of Janet to include in a keepsake book for family and friends.
View Tribute Book
On July 9, 2021, Janet Lucille Ramsey (nee Flowers) passed way in Baltimore, Maryland. She was born in 1925 in Baltimore County and was baptized at Mt. Olive Church on Old Court Road in Randallstown, Maryland. Her family consisted of an older brother Kenneth, sister Elizabeth, brother Maurice, sister Virginia, and younger brother Donald. Her mother Etta Elizabeth Cadle from Savage, Maryland met Emory H. Flowers, who was born is Westernport at Mount Lake Park. The family lived on a farm and greenhouse property on Old Court Road, the area then was known as Roslyn. She and her siblings all attended Mt. Olive where they took part in all activities for many years. Mrs. Ramsey attended Randallstown School and then switched to Catonsville High School. As a young girl she was active in a Girl Scouts troop at Mt. Olive Church. She was a Brownie leader, Junior leader, and worked as a community leader, in Brooklyn Park, Maryland for many years. For a brief time she attended nursing school at City Hospital before marrying Minor Vance with whom she had two children, Dave and Bob. After the marriage ended in divorce, Mrs. Ramsey met and married Bill Ramsey. She and Bill Ramsey had four children; Billy, Roy, Gloria, and Barbara. The family lived in Brooklyn Park. Mrs. Ramsey began her working career as a cashier at the Medical Arts Building on Cathedral Street. While she had jobs with Hack's Sporting Goods and North Arundel Hospital, the majority of her career was spent working at Westinghouse. After 16 years with Westinghouse, she retired. She and her husband Bill enjoyed spending time at the house they built in Berkeley Springs, W. VA. Mrs. Ramsey was a member of the Brooklyn Heights United Methodist Church, Women of the Moose Chapter #1176 and the Pacal Senior Center on Dorsey Road. She also enjoyed traveling, attending shows, and loved spending time outdoors walking and biking. She is predeceased by her husband Bill; her siblings Kenneth Flowers, Elizabeth Cardell, Maurice Flowers, Virginia Washam, and Donald Flowers; and one son Robert E. Vance. She is survived by her children David L. Vance, Sr., Billy G. Ramsey, Jr., Roy P. Ramsey, Gloria J. Faulkner, and Barbara J. Ramsey. She is also survived by 8 grandchildren and 17 great-grandchildren. Funeral services are being handled by Loudon Park Funeral Home, 3620 Wilkens Avenue, Baltimore, Maryland 21229. On Thursday, July 15, 2021, from 10am-12pm there will be a viewing and then a funeral service at 12pm in the funeral home chapel. Her entombment will follow the funeral service in Loudon Park Cemetery, starting at 1pm. In lieu of flowers, please donate to Hospice of the Chesapeake or any place of your choice in Janet Ramsey's honor.
To send flowers to the family or plant a tree in memory of Janet Ramsey, please visit Tribute Store
Thursday
15
July

Share Your Memory of
Janet
Upload Your Memory View All Memories
Be the first to upload a memory!
Share A Memory
Send Flowers