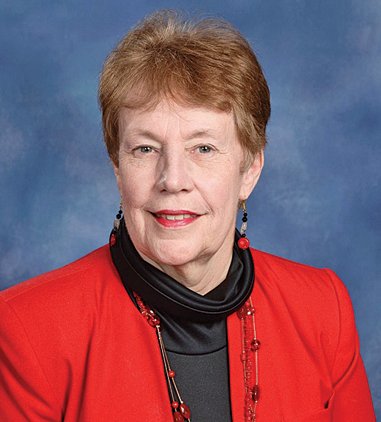 Please share a memory of Paula to include in a keepsake book for family and friends.
View Tribute Book
Paula Kay Montgomery, educator, library media specialist, publisher, author and speaker, passed away on March 3 from natural causes at age 74. Paula, daughter of Floyd W. Montgomery and Adelyn A. Peterson Montgomery, was born on September 23 in Omaha, Nebraska. She lived in Nebraska, Michigan, Okinawa and Florida before moving to Maryland in 1969. After obtaining her bachelor’s and master’s degrees from Florida State University, Paula accepted a position with Montgomery County Public Schools as a library media specialist. She worked at seven schools over the next four years before being promoted to teacher specialist, first in Media Field Services and then Evaluation and Selection. Paula’s calendar also began to fill with speaking and consulting engagements. Paula’s quest for knowledge and interest in other cultures fueled a list of travel destinations that carried through the rest of her life. Her explorations included Mexico, the Amazon and Machu Picchu, the British Isles, Denmark, Spain, Germany, Greece, Turkey, Egypt, Israel, Australia, New Zealand, Canada, and almost every one of the United States. She was promoted again in 1979 to Chief of School Library Media Services with the Maryland State Department of Education where she continued until her retirement in 1988. Paula was a fierce proponent of equality in access to information, pushing the importance of library and internet accessibility for all. She was instrumental in the development of policies, programs and laws at all government and education levels. This included consulting with the U. S. Department of Education throughout the 1980s and 1990s, and presentations to the U. S. House Subcommittee on Education. Paula’s initial writing ventures had begun about the time of her promotion, and ranged over the years from magazine articles to complete books. During this period, she also began publishing School Library Media Activities Monthly, an activity-driven magazine for school library media specialists to use in their lessons. By 1989, Paula obtained her Ph.D. in Reading and became an Assistant Professor at Western Maryland College. Particularly fond of her roles as a publisher and educator, she began Crinkles, a magazine full of activities for children to help them explore topics while developing research and library-use skills. Paula’s love of research spilled into her hobbies as well as she delved into her genealogical history. Working diligently with her father, they traced records long before the days of websites devoted to the subject. In 2005, Paula sold both publications and began stepping back from the speaking engagements and writing to pursue more of her personal interests—further involvement in evangelism at Christ Lutheran Church, additional travels to follow genealogical paths, Scottish clan gatherings, quilting, her pets (previously Miss Pris and recently Prudence), and friends, family and frivolity. Never completely leaving her educational fervor behind, she had more recently been Supervisor of School Librarianship interns at McDaniel College in Westminster. She is survived by her sisters Marta Villacorta (Steve), Debra Goodrich (Mark), and Janet Montgomery; four nieces and nephews: Lauren Moffi (Carl), Rob Cox-Vari (Crystal and their children Jamieson, Thomas and Kailyn), Matthew Vari, and Amanda Ramos (Jerry). Services for Paula Montgomery The funeral service will be Saturday, April 10 at 11 am at Christ Lutheran Church, 701 South Charles Street, Baltimore. Zoom details are below for those who will be unable to attend in person. Graveside service will follow at Cedar Hill Cemetery, 5829 Ritchie Highway, Baltimore. Join Zoom Meeting https://us02web.zoom.us/j/89477333919?pwd=MExvb2t4VFg2cHhick5iQlViVVZDQT09 Meeting ID: 894 7733 3919 Passcode: 290685 In lieu of flowers, donations may be made in Paula’s name to the Care Ministry at Christ Lutheran Church.
To send flowers to the family or plant a tree in memory of Paula Montgomery, please visit Tribute Store
Online Memory & Photo Sharing Event
Online Event
About this Event

Look inside to read what others have shared
Family and friends are coming together online to create a special keepsake. Every memory left on the online obituary will be automatically included in this book.
View Tribute Book
Services for Paula Montgomery
There are no events scheduled. You can still show your support by sending flowers directly to the family, or planting a memorial tree in memory of Paula Montgomery.
Visit the Tribute Store

Share Your Memory of
Paula
Upload Your Memory View All Memories
Be the first to upload a memory!
Share A Memory
Send Flowers